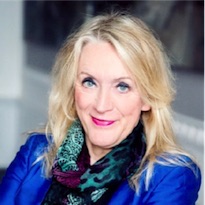 "Over the last 30 years there has been a remarkable rise in women’s level of education and participation in the labour market, including research. Europe represents one of the largest producers and markets for science knowledge, but it needs to be made more inclusive and “innovation - friendly” through user - driven innovations that target societal challenges such as health, aging population and energy. Healthy population is a goal common to all European countries, and a challenge that offers considerable potential for Europe to lead the world in providing innovative responses. But, it is also an area where for many years research has turned a blind eye to the role of sex and gender differences in disease prevalence, progress and clinical outcomes, and where innovation cultures have not seen women as ‘owners’ of problems worthy of special attention. Correcting such inequalities is important to quality of research but also to create opportunities for new discoveries in areas such as biomarkers, stem cells and cancer diagnostics. The multi - stakeholder dialogue promoted by the Gender Summit will help redefine the research and innovation landscape to give women and men an equal role in research and society, as co - owners and co - solvers of Europe’s societal challenges.”
Britta Thomsen, Member of the European Parliament

The 2012 European Gender Summit joined the excellence and equality agendas in science, as a strategic approach for enhancing full realization of the research and innovation potential in Europe. The Summit was kindly hosted by the European Parliament in Brussels. We built on the 2011 discussions and examined how the incorporation of the gender dimension in R&D&I can benefit Europe and European research. This was considered mainly in the context three European Commission policy initiatives: HORIZON 2020, European Research Area, and Innovation Union.  Download the

European Gender Summit 2012 Booklet with details of the programme, speakers and partners. The 2012 edition of the European Gender Summit demonstrated innovative initiatives in the area of gender equality introduced by leading science institutions, such as the League for European Research Universities (LERU), European Research Council (ERC), National Science Foundation (NSF) and European Commission (EC). The Summit was designed to confront common challenges at national, EU and international levels.

Building on the success of the Manifesto for Integrated Action on the Gender Dimension in Research and Innovation, which has attracted over 4000 signatures from scientists since its launch, the 2012 Gender Summit included four consultative Cafés Scientifique. The workshops were designed to enrich the advocacy strategy for excellence in science by ensuring that it is sensitive to gender equality issues and to the needs and concerns of society, orientated around major current topics, including the feasibility of a European Gender Standard.

This Summit tool a positive look at all these issues, and thanks to the contributions of 35+ top-level speakers, offered participants an opportunity to be better prepared for responding to the research and innovation agendas promoted in HORIZON 2020, European Research Area, and Innovation Union.