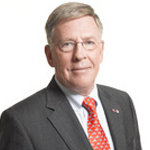 Member of the Board of Management and Chairman of the Council for Defence Research, TNO (The Netherlands Organisations for Applied Scientific Research).

After his education at the Royal Naval Institute in Den Helder, Mr Kelder was promoted to naval officer in 1973. In his first sixteen years he held a variety of operational positions in the Royal Netherlands Navy. During this period he specialised in navigation and combat information and finally, in 1989, he graduated in Higher Military Strategy at the Naval Staff College. From 1990 until 1998 Mr Kelder had a variety of staff positions, including a staff function on board of the Dutch naval vessels that took part in the Operations Desert Shield and Desert Storm after the invasion of Kuwait by Iraq. Hereafter he commanded two frigates. In December 1997 he was appointed as deputy Director of Personnel in the rank of Commodore and three years later in the same naval rank he commanded the Dutch-Belgian taskforce. In April 2002 he served as Rear Admiral in the function of deputy Commander in Chief. After his promotion to Vice Admiral in 2005 he was appointed to Commander in Chief of the Royal Netherlands Navy.

VAdm (rte) Jan Willem Kelder acted as the chair for Session B3: INTELLECTUAL ADVANTAGE Collective intelligence and social sensitivity of research and spoke about the Perspective from Applied Research in Plenary Session: Policy for creating a gender and socially responsive science and innovation environment at the Gender Summit 1 EU (GS1EU).