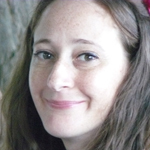 Dr Elisabeth Pain obtained an MSc degree in biotechnology in her native France in 1997. She then pursued a PhD in immunology at the University of Bristol in the United Kingdom, followed by a postgraduate diploma in journalism studies at Cardiff University with a bursary from the Association of British Science Writers. In 2002, Elisabeth joined Science Careers, the online jobs and career guidance magazine of the journal Science, as U.K. Editor in the Science International Office in Cambridge. Two years later she relocated to Barcelona in Spain, expanding her role at Science Careers as a freelance contributor covering the south and then the whole of Europe.

Over the last 10 years, her job has been to research and write articles about the broad range of issues affecting young scientists in their careers, including how to succeed in academia, find a suitable alternative career, overcome gender and other biases, and achieve a good work-life balance.

Dr Pain acted as the facilitator for Session B3: INTELLECTUAL ADVANTAGE Collective intelligence and social sensitivity of research at the Gender Summit 1 Europe (GS1Eu).