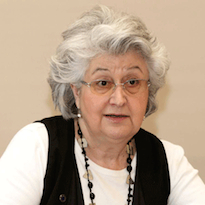 Professor Dr Teresa Freixes has been Professor of Constitutional Law at the Autonomous University of Barcelona (UAB) since 1993 and Professor Jean Monnet of European Constitutional Law since 2003 (ad personam since 2008). She is a Member of the Royal Academy of Doctors and Narcís Monturiol Medal and achieved Distinction Success Stories (World Reference Jean Monnet Chair). Professional activity at the University and as a legal expert of the European Commission since 1994 (participation in the elaboration of the Amsterdam Treaty, the Charter of Fundamental Rights, the European Constitution and the Lisbon Treaty) and of the Council of Europe (Program of Juridical Assistance for the East European Countries to form magistrates and professors and supervise the legislative adaptation process, 1997-99). Amongst other positionas, she is: a member (representative for Spain) of the “Réseau UE d'experts indépendants en matière de droits fondamentaux” (2002-2006) of the European Commission; a Senior Expert of FRALEX and FRANET (Fundamental Rights Agency, Legal Experts Group) - Director of the Spanish team since November 2007; Director of the Joint European Masters: “Law and Policies of European Integration: European Constitutional Law and multilevel constitutionalism” – official title in Spain, France, Italy and Poland, adapted to Bologna. She is the main researcher in several projects of R+D+I, European Programs and High Level Working Groups. She has authored reports for the European Commission, the European Parliament, the Government of Spain (Ministries of Public Administration and Social Affairs), the Governments of Catalonia, Andalusia, Balearic Islands and several private organisations (Bar associations, NGOs). Prof Freixes is a visiting teacher in different universities, a member of several Scientific Councils and Observatories as well as official evaluator in EAECA, ANEP and AGAUR. She is President of the National Commission for Accreditation of the University Professors (ANECA) and has published a dozens of books and more than 100 scientific articles or chapters of books.