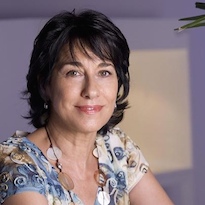 Flora de Pablo is Professor of Research (highest rank) at the Center for Biological Investigation for the Spanish National Research Council (CSIC) in Madrid. She heads the 3D lab (Development, differentiation and degeneration). She holds M.D. degree (1975), Doctoral Thesis in Medicine (1979) and Master in Psychology from the Universidad de Salamanca. She has worked for a decade in the USA, in the National Institute of Health (Bethesda) and the California Institute of Technology (Pasadena). Her field of specialty is the molecular and cellular biology of development. She has been a member of the Commission for Women in Science at CSIC since 2001. She was founder and first president (2001-2007) of the Spanish Association of Women Investigators and Technologists (AMIT).