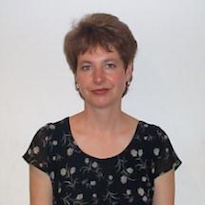 Astrid James qualified in medicine from University College Hospital, London, in 1986 and then worked in the NHS for five years in general medicine and surgery, cardiology, oncology, obstetrics and gynaecology, paediatrics, geriatrics, and in general practice. She completed general practice training and then decided to go into medical publishing, working first for Medical Tribune in the UK and then for Medical Action Communications. Astrid joined The Lancet as an Assistant Editor in 1993, becoming Deputy Editor in 2001. Among her interests is a commitment to promoting the need for women in medicine and more broadly in science, and to identifying and discussing barriers to their career development.

Dr James was the facilitator of Session A2: HUMAN CAPITAL Sharing duty and status in institutions and contributed to the roundtable Session D: GENDER ISSUES IN SCIENCE PUBLICATIONS How can editorial policies and writing on gender issues in science be improved to make the assessment and selection of research results for publication sensitive to gender and sex issues? at the Gender Summit 1 Europe (GS1Eu).