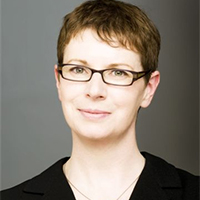 Patricia Reilly qualified as a veterinary surgeon from University College Dublin in 1996, and worked in mixed clinical practice until 2001, when she joined the Irish Department of Agriculture, Fisheries and Food. In 2004 she joined the Irish Embassy in Warsaw as Ireland's first Agricultural Attaché to Poland. On return to the Department of Agriculture in 2008, she re-joined the National Disease Control Centre, where her work involved veterinary international trade policy and contingency planning. Patricia is a graduate of the King's Inns, Dublin, and other academic qualifications include an MSc in European Food Regulation and a Diploma in European Law from the Law Society of Ireland.

Patricia joined the Cabinet of Commissioner Máire Geoghegan-Quinn in February 2010, and is responsible for the health, bioeconomy and science in society programmes, as well as Joint Research Centre coordination.