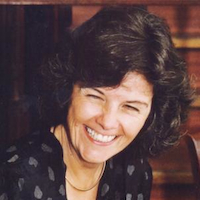 Teresa Lago was born in Lisboa and graduated at the School of Sciences, University of Porto (1971). Later she obtained a PhD in Astronomy at Sussex University, UK (1979). She was responsible for setting-up the first Astronomy Degree in the country and later a European Masters Degree, a European Interuniversity Masters Degree (1994), a Masters in the Teaching of Astronomy (1997) and a Doctoral Programme in Astronomy (2003) at the University of Porto. She was a member of the Executive Board of the European Astrophysics Doctoral Network involving over thirty institutions in Europe (1986-1997).  She received the Henri Chrétien Award (American Astronomical Society) (1985).

She authored the national plan to develop Astronomy (National Research Council, 1987) and in 1988 founded the Centre for Astrophysics at the University of Porto, which she directed for eighteen years. She is Associate of the Royal Astronomical Society, UK (1990) and member of the Academiae Europeae (1992). She is a member of the Council of the ESO (the European Organization for Astronomy) and has coordinated the Scientific Council for “Earth & Space Sciences” of the National Research Council. In the past she has been involved in various EC Panels (DG XII) and various international science advisory committees and boards. From 1999-2002 she was President of “Porto 2001 – European Capital of Culture” a wide-ranging € 250 million national project. She is a founding member of the European Research Council and chairs its Working Group on Gender Balance. Most relevant activities include: education, promotion of scientific culture and research in Astrophysics, as well as science policy.

Gender Equality at the European Research Council (ERC) in Session A2: HUMAN CAPITAL Sharing duty and status in institutions at the Gender Summit 1 Europe (GS1Eu).