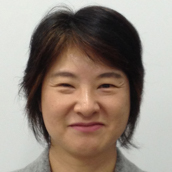 Junko Tahara is a professor of Sport History within the Faculty of Physical Education at Kokushikan University and a board member of the Japan Society for Sport and Gender Studies. She specializes in modern Olympic history and Olympism and has been engaged in the Olympic Movement and Olympic Education through domestic and international organizations such as the International Pierre de Coubertin Committee and Japan Olympic Academy for a long time. She seeks to develop studies on Olympic Movement and/or sport movement to contribute to global peace and societies with gender diversity by multidisciplinary and cross-national approaches. She has also been participating in the activities of UNESCO, including the experts meeting in 2014 for revising the International Charter of Physical Education and Sport and working group for the Sixth International Conference of Ministers and Senior Officials Responsible for Physical Education and Sport (MINEPS VI) in 2017.