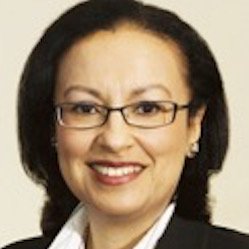 Jeanette M. Southwood, MASc, PEng, FEC, FCAE, is Vice-President, Strategy and Partnerships, at Engineers Canada, the national organization overseeing the 12 engineering regulators that license Canada’s 290,000 members of the engineering profession. She leads a team that focuses on the profession’s future, particularly on strategies to sustain and grow the profession for the continued benefit of society. Prior to joining Engineers Canada, she led the Canadian Urban Development and Infrastructure Sector and the Global Sustainable Cities teams at a large global consulting firm. Southwood is a Fellow of Engineers Canada and the Canadian Academy of Engineering, a recipient of the Province of Ontario’s Leading Women Building Communities award, and a Canada’s Clean 50 2014 honouree. In 2015, she received the Ontario Professional Engineers Awards Engineering Excellence Medal and was named one of the Women’s Executive Network Top 100. She will be recognized as one of the Women of Innovation in 2017.