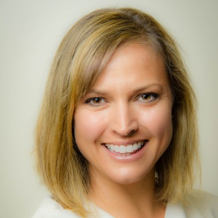 Dr. Danika Goosney is the Executive Director of the Tri-Agency Institutional Programs Secretariat, housed at the Social Sciences and Humanities Research Council of Canada. Danika obtained a BSc (Hons) from St. Francis Xavier University. She completed her PhD at the University of British Columbia in the Department of Microbiology and Immunology and the Biotechnology Laboratory (now the Michael Smith Labs). She conducted her postdoctoral training as a Canadian Institutes of Health Research Postdoctoral Fellow in the Department of Immunology at the Scripps Research Institute in La Jolla, California. Following her postdoctoral research, she pursued a career as a research scientist at two Vancouver-based biotechnology companies. In 2006, she moved to Ottawa and began her career at CIHR. She was a member of CIHR’s executive team since 2008, holding key director general positions within the Research, Knowledge Translation and Ethics Portfolio. In 2015, she was named one of Canada’s emerging leaders as a member of the Governor General’s Canadian Leadership Conference.