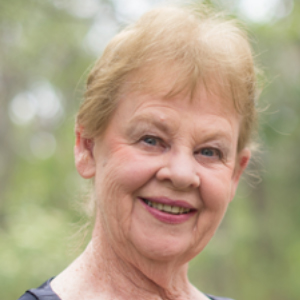 Jenny Graves is an evolutionary geneticist who exploits our distant relationship to Australian animals to discover how genes and chromosomes and evolved, and how they work in all animals including humans. She uses this unique perspective to explore the origin, function and fate of human sex genes and chromosomes, (in)famously predicting the disappearance of the Y chromosome. Jenny studied at Adelaide University, then obtained a PhD in Molecular Biology at the University of California (Berkeley) in 1971. She lectured at La Trobe University, then at ANU she founded and directed the Comparative Genomics Group and an ARC Centre of Excellence. She returned to La Trobe in 2011 as Distinguished Professor and Vice Chancellor’s Fellow. Jenny has produced three books and more than 400 research articles. She has many honours and awards, including the Academy’s Macfarlane Burnet medal (2006) and an AO (2010). She is a Fellow of the Australian Academy of Science, and served on the Executive for 8 years as Foreign Secretary, then as Education Secretary. She is 2006 L’Oreal-UNESCO Laureate for Women in Science, an international Member of the US National Academy of Science, and won the 2017 Prime Minister’s Prize for Science (the first woman to win solo).