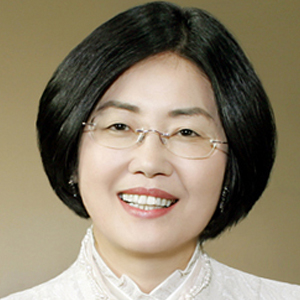 Professor of Graduate School of Economics

Insill Yi is currently a Professor of Graduate School of Economics(from September 2006)and was a Director of Nam Duck-Woo Economic Research Institute and former Vice-President for Public Affairs at Sogang University. She served for Korean government as the 12th Commissioner of Statistics Korea from the private sector also for the first time. She also served for National Assembly Budget Office as a Chief economist of Economic Analysis Division. She also worked as a senior research fellow and director of the Center for Finance and Tax, for Korea Economic Research Institute. She worked as a senior economist and team leader of financial analysis team, for Hana Bank Research Institute. She had been and is currently active in participating the governmental committees (such as Advisory Committee Member of National Assemble Budget Office, Member of Policy Advisor to Minister of Justice, and Advisory Committee Member of Financial Supervisory Service, Advisory Member of Ministry of Strategy and Finance). She is publishing books, articles and expressing various opinions in academic journals and newspapers. She served for the president and is currently honorary president of the Korean Women Economic Association and the President of the Association of Korean Economic Studies. She is currently the president-elected of the Korean Economic Association. She has a bachelor’s degree in economics and geology from Yonsei University and a doctoral degree from the University of Minnesota USA.