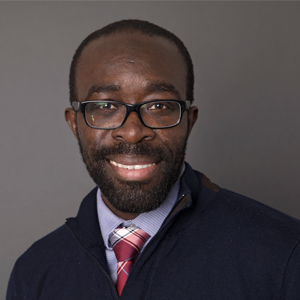 Papa Alioune B. Seck leads statistics and data at UN-Women since 2009. Papa led the development of UN Women's Women Count global initiative, to improve the production and use of gender data and to help countries monitor the Sustainable Development Goals form a gender perspective and is currently leading its implementation since 2016. He also developed of the Evidence and Data for Gender Equality (EDGE) programme in 2012, in collaboration with the UN Statistics Division, resulting in innovative new standards and measures to measure asset ownership and entrepreneurship from a gender perspective. He has co-authored several editions of UN-Women’s Flagship Reports and contributed to various other research products. Prior to joining UN-Women, Papa worked was Statistics Specialist in UNDP’s Human Development Report (HDR) Office, co-authoring three global HDRs and was the co-editor of a book on Risk, shocks and Vulnerability and their impact on human development (Palgrave McMillan 2010).