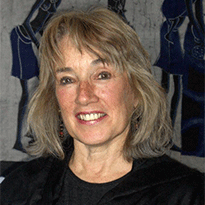 G. William Arends Professor of Obstetrics and Gynecology, University of Illinois College of Medicine, Director, UIC Center for Research on Women, Director, Gender and the National Center of Excellence in Women's Health, USA.

Stacie Geller is the G. William Arends Professor of Obstetrics and Gynecology at the University of Illinois College of Medicine, and the Director of both the UIC Center for Research on Women and Gender and the National Center of Excellence in Women's Health. Dr. Geller is a health services researcher and epidemiologist with expertise in women's health issues, complementary and alternative medicine, maternal mortality and morbidity, and has published extensively in these areas. She has a well-established national and international research career, has been awarded numerous research grants and has conducted several NIH funded clinical trials. Under Dr. Geller's leadership, UIC’s Center for Research on Women and Gender is among just a handful of 2011 Presidential Award winners for Excellence in Science, Mathematics and Engineering Mentoring.

Dr. Geller spoke about key elements of successful mentoring based on her experience as Principal Investigator of UIC's Building Interdisciplinary Research Careers in Women's Health (BIRCWH) program as well as her engagement in mentoring programs for female faculty and students in STEM disciplines at the Gender Summit 3 North America 2013.