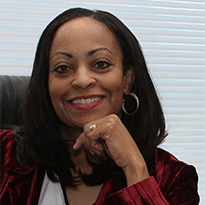 Kellina M. Craig-Henderson PhD is a former Professor of Social Psychology who is currently serving as the Deputy Division Director of the Social and Economic Sciences Division of the Social, Behavioral and Economic sciences Directorate of the National Science Foundation (NSF).  She retains an affiliation with the Department of Psychology at Howard University where she was promoted to the rank of Full Professor shortly before undertaking full-time Federal service at NSF.   Dr. Craig-Henderson graduated from Wesleyan University in Connecticut before attending the Master’s Program in the Social Sciences at the University of Chicago where she earned a M.A.  Immediately following that she attended Tulane University in New Orleans, Louisiana and earned an M.S. and a Ph.D. in Psychology.  She served on the faculty in the Department of Psychology as well as the Afro-American Studies and Research program at the University of Illinois in Champaign-Urbana.  This was followed by an appointment in the Psychology Department of California State University in Long Beach. Dr. Craig-Henderson remains passionate about broadening the participation of underrepresented groups, and has been involved in a number of national and international activities that share this focus.   She has published reports of empirical research in peer-reviewed journals as well as two books on interracial relationships. Her research program includes studies of groups, cross-cultural, gender and race issues, as well as aggression, and expatriation processes.  Her work has been supported by a variety of public and private sources including NSF, the Ford Foundation and the American Psychological Association, and she has presented findings from her research activities at a variety of regional, national and international research and pedagogical meetings.

Dr. Craig-Henderson acted as Discussant in the Equality for Excellence session at the Gender Summit 3 North America 2013.