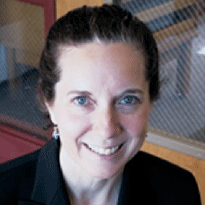 Janet Brelin-Fornari is a Professor of Mechanical Engineering, and Director of the Crash Safety Center at Kettering University.  Research in the Center looks at all forms of transportation and how it can be made safe for everyone, especially children and infants. She began work as an engineer with General Motors and has spent the last 14 years in academia.

Professor Brelin-Fornari will spoke about testing automotive crash safety and the differences between women and men in the levels of risk at the Gender Summit 3 North America 2013 (GS3NA). She also spoke about the summer program that introduces high school women to bioengineering and the applications for Biomechanics, Ergonomics, Biochemistry, and Automotive Crash Safety. The Lives Improve Through Engineering (LITE) program introduces the field of engineering and its particular perspective for women during a two-week residential program held each summer at Kettering University.