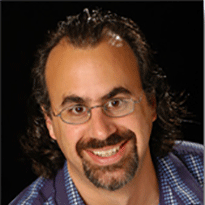 Stephen M. Fiore is faculty member at the University of Central Florida’s Cognitive Sciences Program in the Department of Philosophy and Director of the Cognitive Sciences Laboratory at UCF’s Institute for Simulation and Training. He is the current president of the Interdisciplinary Network for Group Research and is currently serving as a committee member for the National Academy of Sciences consensus study on the Science of Team Science. His primary area of research is the interdisciplinary study of complex collaborative problem solving and understanding how humans interact socially and with technology.

Professor Fiore spoke about career paths in group and team research and what it means to be interdisciplinary at the Gender Summit 3 North America 2013 (GS3NA). An increase in cross-disciplinary, collaborative team science initiatives over the last few decades has spurred interest by multiple stakeholder groups in empirical research on scientific teams, giving rise to an emergent field referred to as the science of team science (SciTS).  Professor Fiore will present these trends and discuss them in the context of gender and group dynamics within science collaborations.