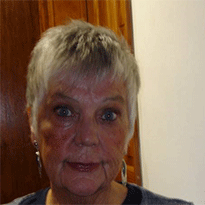 Jennifer Ann Cooper is a professor at the Postgraduate school of Economics, at the National Autonomous University of Mexico (UNAM) in Mexico City where she currently coordinates the diploma course "Gender in Economics." She has worked closely with women unionists in Mexico to produce training courses which bridge academic research findings with the needs and demands of working women. In 2012, she was part of the technical committee which designed the Mexican Workplace Gender Equality Certification Indicators which were adopted by the ministry of labor and economics.  Her area of specialization is gender in relation to work and economic policies.

Professor Cooper spoke about Embedding Gender Actions in Institutional Structures in the Context of Gender Mainstreaming which is the title of a current project headed by the Gender Studies Program in the UNAM (Pueg-Unam) at the Gender Summit 3 North America 2013 (GS3NA).