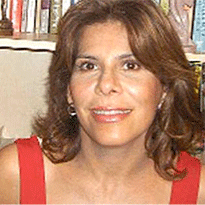 Mayra de la Torre PhD is full professor at the Department of Food Sciences of the Centro de Investigacion en Alimentacion y Desarrollo A.C. in Sonora, Mexico. received her PhD from the Instituto Politecnico Nacional (Mexico), majoring in bioengineering where she was awarded Lazaro Cardenas award as the best PhD student. Since 1985, she has been a member of the National System of Researchers, she holds the highest position National Researcher Level 3. National Award in Food Research in Bioengineering in 1987 (Premio Nacional de Investigación en Alimentos en Bioingeniería, Mexico), the Manuel Noriega award for young scientist in Applications of Science and Technology, Organization of the American States in 1988 (honorific mention), the Prize of the Academy of Science of the Developing World in Engineering Sciences in 2003, for her outstanding contributions to research and innovation in bioprocessing engineering and for the implementation of such biotechnological processes. As well as the award of Interciencia Association in Life Sciences in 2004 and in 2008 she was awarded as Guest Professor by the Academic Council of “Universidad Nacional de Tucuman” in Argentina. In 1988, she received the National Award of Science and Fine Arts in the Technology category (the most important prize that the Mexican government awards to Mexican scientists). She was the first woman and the youngest ever scientist to be awarded this honour. She is also Vice-President for Latin America and the Caribbean of the Organization for Women in Science for the Developing World (OWSD).