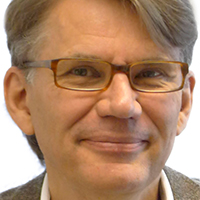 Lars Ährlund-Richter is Professor of Molecular Embryology and research group leader at the Unit for Paediatric Oncology, Dept. of Woman and Child Health, Karolinska Institutet, Stockholm, Sweden. Recent research concerns stem cell derived micro-environments and applications in tumour research. Lars Ährlund-Richter was 2006 a Member of the ISSCR task force; ’Guidelines for the conduct of human embryonic stem cell research’, and 2008 Member of the task force on ’Clinical Translation of Stem Cells’. Member of the Regional Ethical Review Board in Stockholm since 2014. Lars Ährlund-Richter is also representative of the union (SACO) in the Board of Research and the Recruitment Committee at Karolinska Institutet, and the representative for Equal Treatment at the Dept. of Womens and Childrens´s health.