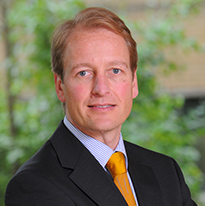 Professor Boyle took up the post of ESRC Chief Executive and Research Councils UK (RCUK) International Champion in September 2010. In October 2011 he became President of Science Europe which is based in Brussels and is an association of 53 major European Research Funding Organisations (RFOs) and Research Performing Organisations (RPOs). Before joining the ESRC Professor Boyle was Head of the School of Geography and Geosciences at the University of St Andrews. His research focused on population and health geography and he was Director of the ESRC funded Longitudinal Studies Centre – Scotland, Co-Director of the ESRC funded Centre for Population Change, and Co-Investigator on both the Wellcome Trust-funded Scottish Health Informatics Programme and the ESRC-funded Administrative Data Liaison Service. Prior to moving to St Andrews in 1999 he was at the University of Leeds.

Prof Boyle spoke on Mainstreaming ‘Gender and Other Diversity’ Dimensions in Science Europe Strategy and Activities in his Keynote on Day 2 at the Gender Summit 4 EU 2014.