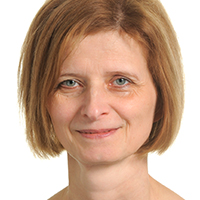 Lieve Van Woensel has a PhD in Physics from the Catholic University of Leuven (Belgium) and a postgraduate degree in Business Administration. From 1988 to 1996, she worked for the Belgian regional government of Flanders and later the Flemish agency for the promotion of innovation and research in industry. In 1996, Lieve joined the European Commission. At DG Research, she helped to develop the first European Science and Society Action Plan, covering actions for gender in science. Later she became a policy officer responsible for improving SME participation in European research projects. Since 2012, Lieve has been a research administrator at STOA (Science and Technology Options Assessment), an independent scientific advisory body at the European Parliament.