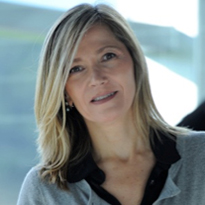 Ines Anitua, holds a BA in Social Sciences and Information, with a concentration in marketing, from the University of the Basque Country. She also holds an MBA from the University of Deusto (INSIDE). Anitua began her career as a consultant and has more than fifteen years of consulting experience in different sectors including government, technology and the automotive industry. Since 2005, Anitua has served as CEO of ACICAE-Basque Automotive Cluster, an industry which represents 20% of Basque GDP. During her tenure, she has implemented dramatic changes in how to manage this type of industry group, prioritizing strategic vision, innovation and internationalization. Since 2006 she has been involved in the creation of the AIC-Automotive Intelligence Center, a unique value generating center backed by Basque institutions with the support of EU. A major group of businesses is also involved in the Center. She is the CEO os Automotive Intelligence Centre (AIC). AIC was inaugurated in January 2009, and Phase 2 of the project launched in April 2010. In all, some 38,000 square meters provide a home for R&D units, development units and laboratories, with 25 firms housed there, including multinationals and family businesses. The third enlargement (Phase 3) is now under way.  She is a member of the Board of Basque innovation agency Innobasque and of several corporations like Azterlan, Tecnalia and APD, and also acts as an expert to a number of organizations. Anitua recently received the AED Business Award in recognition of her professional achievements, and was named one of Spain’s top 20 female executives by the financial newspaper El Economista. She is also a regular speaker and lecturer at economic forums and seminars.