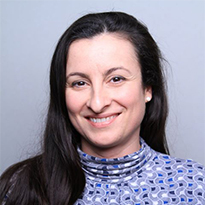 Chiara Tamburini has a Master degree in Human Rights from the Catholic University of Louvain-La-Neuve – Facultés Universitaires Saint-Louis (Belgium) and a degree in International Law from the University of Bologna (Italy). From 1997 to 2000, she worked as a lawyer at the European Court of Human Rights in Strasbourg (France). Since 2000, she is working in different positions at the European Parliament and namely, since 2013, she is an administrator in the Secretariat of the Committee on Women’s Rights and Gender Equality. Her main areas of expertise cover gender-based violence and women in decision making.