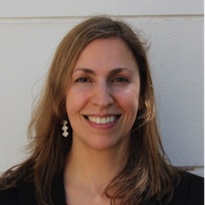 Dr Anne Pépin heads the Mission for the Place of Women at the French National Centre for Scientific Research (Mission pour la place des femmes au CNRS) since 2012. This strategic unit is in charge of designing, coordinating the implementation, and assessing all actions aimed at fostering gender equality within the organisation. Anne Pépin also co-leads the Gender Challenge Programme (Défi Genre) launched by the CNRS Mission for Interdisciplinarity in 2012 to develop a gender perspective in scientific fields outside social science and humanities, including in health research. She is a CNRS senior researcher, specialised in nanotechnology, and holds a B.Sc. in Physics from the Université de Montréal, Canada, an Engineering Degree from the Ecole Supérieure d’Electricité, France, and a PhD in Electronics from the Université Paris 6, France.

She was a Post-Doctoral Fellow at MIT, USA, before being recruited by CNRS in 1996. She was awarded the CNRS Bronze Medal for junior researchers in 2003. In 2006, she became a Scientific Advisor for the Mission pour la place des femmes au CNRS, where she initiated key partnerships with e.g. Canada, USA, and within Europe. She is currently coordinator for two EU FP7-Science-in-Society-funded projects: the INTEGER project (INstitutional Transformation for Effecting Gender Equality in Research) on the implementation of structural change in universities and research organisations for better gender equality, and the GENDER-NET ERA-NET (Promoting gender equality in research institutions and the integration of the gender dimension in research contents), a 3-year pilot transnational research policy initiative launched in October 2013. Anne Pépin also represents CNRS within the Working Group on Gender and Diversity at Science Europe.