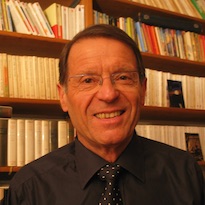 Prof Béraud holds a Doctorat in French Literature (Université de Grenoble, 1978), Agrégation de Lettres.  He taught and researched in Africa (University of Cape Coast, Ghana,1969-1974); in the US (University of Montana, 1974-1977, visiting Assistant Professor); in INSA Lyon (National Institute for Applied Sciences) where he was Director of the Department of Humanities (70 persons,1990 -1998) and Director of a network of libraries (120 persons). He created a research team (ESCHIL), specialising on Gender questions (Women in Science and technology).

He published several books, articles and reports. He was Scientific Coordinator of the European research project WOMENG (FP5, 2002-2005). He has been involved in others European research projects PROMETEA (FP6, 2005-2007), HELENA (FP7, 2009-2011) and is now involved in the coordination team of GenderTIME (FP7, 2013-2016); he works as an independent expert for the EU (DG research: Science in Society). He contributed to the creation of ECEPIE (2003), an association of researchers devoted to equal opportunity for women in Science and Technology.