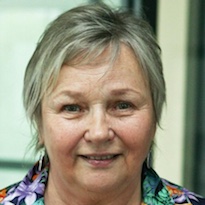 Professor Dr. Virginija Šidlauskiene, has a background in physics and is an associate professor of social science in pedagogies. She is a researcher at the Institute for Gender Studies of Siauliai University, and teaches at the Universities of Siauliai and Vilnius. She is a member of the Expert Forum of The European Institute for Gender Equality (EIGE) and the Group of Specialists on Gender Equality Standards and Mechanisms at European Council, the EU expert on gender equality issues, indicators and equal opportunities and Lithuania’s national gender equality policy expert.

Her latest work is on standards and mechanisms to indicate government commitment to gender equality in research, education and culture with the European Council expert group, and the draft of the National Action Plan Women in/and Science 2006-2007 (NAP) Gender Equality in Science of Lithuania 2007-2014, and newest one 2015-2021. She has published over 95 scientific papers, and is Editor-in-Chief of scientific journal Gender Studies and Research. She is an active researcher and manager of European research projects such as FP6 PROMETEA: Empowering Women Engineers in Industrial and Academic Research (2005-2007), the EQUAL Initiative project‚ FAMILY UNIVERSE: Family-friendly Organisation (2004-2008), and since the 1st April 2009 has been a Coordinator of the FP7 project HELENA: Higher Education Leading to Engineering and Scientific Careers (2009-2011). She is also National Coordinator in FP7 projects INTEGER: Institutional Transformation for Effecting Gender Equality in Research (2011-2015) and ISWA: Immersion in the Science Worlds through Arts (2011-2013).