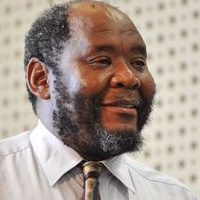 Ensuring access to reliable information for transformative change
Topic B: Learning from and overcoming gender disparities through research

Pali Lehohla is the Statistician General: South Africa since 2000.  He is the Chair of Africa Symposium for Statistical Development, the Chair for the Sub-Group on Harmonization of Statistics in Africa and he is a member of the UN Secretary General Independent Expert Advisory Group on Data Revolution.  From 2005 to 2013, he served in a variety of international functions: Chair of the United Nations Statistics Commission, Chair of Statistics Commission Africa and Chair of PARIS21 as well as Vice President of the ISI.

He has extensive experience as an advisor to in-conflict, post-conflict and fragile political environments.  He was Chief Advisor to the Monitoring and Evaluation Committee of the 2008 Population and Housing Census of Sudan, which was part of the Comprehensive Peace Agreement signed in 2005. In addition, he undertook a Population Census readiness mission in Afghanistan in 2008 and another in Iraq in 2009, and served as a UN envoy to the Census of Cambodia in 1998. Mr Lehohla holds a double major in Statistics and Economics from the National University of Lesotho. He holds a postgraduate degree in demography from the United Nations Regional Institute for Population Studies at the University of Ghana, and a Senior Executive Programme jointly awarded by Wits and Harvard University.