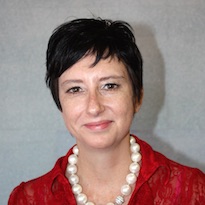 Prof Bohler-Muller has over 40 peer reviewed journal publications and has co-edited three books on gender violence; human trafficking and the dynamic of BRICS. She is an admitted Advocate of the High Court of the Republic of South Africa and served as presiding officer for the Private Security Industry Regulatory Authority (PSIRA) in Port Elizabeth for 7 years. Amongst others she has completed research consultancy work for the Department of Justice and Constitutional Development on HIV/AIDS, human rights and access to justice; and the Institute for Child Witness Research and Training on gender-based violence.  She has completed research fellowships at Griffith University's law faculty in Brisbane, Australia; Birkbeck School of Law in London, UK; and the BRICS Policy Centre in Rio de Janeiro, Brazil. Currently she is a member of the HSRC BRICS Think Tank Secretariat, as well as the BRICS Think Tank Council, and has been appointed on to the Ministerial Task Team to make recommendations to the Minister of Higher Education and Training on the creation of a permanent South African BRICS Think tank.  Her research interests include international and constitutional law; human rights, democracy and social justice. Prof Bohler-Muller is Principal Investigator on a multi-year project dealing with the Assessment of the Impact of the Decisions of the Constitutional Court and the Supreme Court of Appeal on the transformation of society.