Center for Women in Science, Engineering and Technology (WISET)

In 2011, the WISET was commissioned by Ministry of Science, Education and Technology of the Republic of Korea, the Korea Advanced Institute of Women in SET(WISET) to create conditions under which women can play a central role in science and technology sectors.

To realize these visions, the WISET have been provided five core projects: Supporting an innovation system in science and engineering and policy study on women scientists and engineers; Developing expansive support measures through analysis on legislative operational output, policy outcomes, and related domestic and international policy studies; Nurturing a self-sustainable ecosystem by introducing and systemizing a lifecycle tailored mentoring system; Establishing an interdisciplinary cross-matched network among different generations to foster female resources in SET; Fostering and systemizing the utilization of a core workforce of women scientists and engineers. The WISET will become the World’s leading organization in creating value of women scientists and engineers to contribute to the growth of ‘Science and Technology Based Economy’. 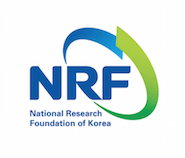 We are fostering new leaders who will spearhead Korea's drive global knowledge superpower.

Unfolding Korea’s Possibilities in the World - The Promise of a Better Tomorrow for Humankind!

The NRF is working to elevate Korea to a superpower of knowledge and brainpower by promoting development focused on research through close cooperation with world-class research funding agencies. We are also making efforts to become a global leader in research funding that will contribute to the advancement of Korea by presenting a new mission and vision for the future.

As a government affiliated research institute under the MSIP (Ministry of Science, and ICT and Future Planning), KISTEP has been the leading institute in providing future vision and strategies. KISTEP promotes technology innovation by encompassing all aspects of Korea’s national R&D system, including S&T planning, budget allocation and coordination, and R&D evaluation.

Over 300 researchers with diverse expertise have dedicated themselves to brightening the future of Korea. KISTEP continues to contribute to setting the course and devising strategies for Korea's national science and technology development.

Portia Ltd designs and implements effective, evidence-based strategies for advancing quality of research and innovation through gender. Our work covers gender equality issues in STEM and gender dimension in the content, process and impact of science (STEM) endeavours. We work through national and international partnerships, involving scientific community, industry, policy makers and gender research scholars, to enhance science knowledge making; improve institutional practices and process; promote human capital; and ensure compliance with regulation. We believe firmly in putting the views and needs of science at the centre of the gender equality debate in science, and as a key to achieving sustainable economic growth and promoting Europe’s role as a global R&D leader. Portia co-founded the Gender Summits in 2011 as part of a project we co-ordinated, genSET.

The Japan Science and Technology Agency

The Japan Society for the Promotion of Science

The Japan Society for the Promotion of Science (JSPS) is an independent administrative institution, established by way of a national law for the purpose of contributing to the advancement of science in all fields of the natural and social sciences and the humanities. JSPS plays a pivotal role in the administration of a wide spectrum of Japan's scientific and academic programs. While working within the broad framework of government policies established to promote scientific advancement, JSPS carries out its programs in a manner flexible to the needs of the participating scientists.

JSPS was founded in 1932 as a non-profit foundation through an endowment granted by Emperor Showa. JSPS became a quasi-governmental organization in 1967 under the auspices of the Ministry of Education, Science, Sports and Culture, and since 2001 under the Ministry of Education, Culture, Sports, Science and Technology. Over this 70-year period, JSPS has worked continuously to develop and implement a far-reaching array of domestic and international scientific programs. On October 1, 2003, JSPS entered a new phase with its conversion to an independent administrative institution, as which it will strive to optimize the effectiveness and efficiency of its management so as to improve the quality of the services it offers to individual researchers, universities, and research institutes.

Association of Academies and Societies of Sciences in Asia