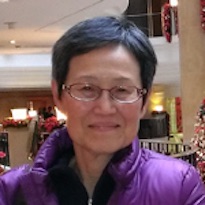 Chia-Li Wu is a natural product chemist. She is an Emeritus Professor of Chemistry of Tamkang University where she was previously Chemistry Department Chair. She has been participating women’s groups for women’s rights and gender equity education more than 30 years. She was once on leave to take a government position in a Standing Committee of Examination Yuan, which is in charge of supervising all national exams for screening civil servants and policies related to civil service.

She had been Principal Investigator in many liverwort and gender/science projects. She is now the President of the Society of Taiwan Women in Science and Technology (TWiST) as well as a member of the Gender Equality Committee of the central government. In 2009, she and her Awakening group created Awakening’s Digital Archive for Women’s Movements to systematically document the progress of the women’s rights movement in Taiwan in an initiative supported by the ROC Ministry of Science and Technology. In 2008, she founded the E-journal for Taiwanese Female Scientists and Technologists to raise the visibility of the nation’s women scientists and to build a network among them.  She obtained her PhD from the University of Washington, Seattle, her MS from the University of Wisconsin-Milwaukee and her BS from National Taiwan University.

1. Gender status in STEMM in Taiwan

2. Policies which have been most influential in mainstreaming gender into research in Taiwan.