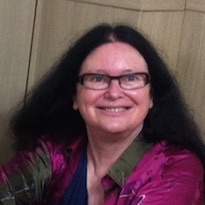 International collaborations as a strategy for strengthening leadership roles of women: experience from UNESCO and academia
Plenary Panel 5: Developing Leadership Capacity for Gendered Innovations through Scientific, Technology and Policy Networks

Dr Gretchen Kalonji was Assistant Director-General for Natural Sciences at UNESCO from 2010 to 2014.  Previously, she served in various leadership roles in the University of California system, including as Director of International Strategy Development  for the 10 campus UC system, at the UC Office of the President, and as Director of Systemwide Research Development. She also served at the University of Washington as Kyocera Professor of Materials Science from 1990 to 2005. Prior to 1990 she was Assistant and then Associate Professor in the Department of Materials Science and Engineering at MIT.

Her work, both in materials science and in research and educational innovation, has been recognized with multiple honors and awards. She holds or has held visiting faculty appointments at the Max Planck Institute (Stuttgart), the University of Paris, Tohoku University, Sichuan University, Tsinghua University and the newly established Peking University Graduate School in Shenzhen. Dr Kalonji was educated at MIT, receiving her BSc in 1980 and her PhD in 1982.

The practice of international science and engineering increasingly relies on large-scale international and interdisciplinary collaboration, given the magnitude and complexity of the challenges we face. This changing practice of science in turn calls for new highly nuanced leadership roles, and has the potential for attracting a more diverse population to the scientific enterprise, and in particular for enhancing the participation of women and girls. In this presentation we highlight some examples, from academia and from the work of UNESCO, that illustrate some of the potential of strategies which build explicitly on the international collaborative dimensions of research to strengthen participation and leadership roles for women. We also put forward some thoughts on possible longer-term international collaborations on further exploring this fundamental approach, which bears considerable prospects for strengthening our STI ecosystems worldwide.