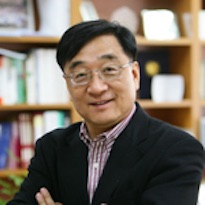 Dr Min Keun Chung is currently the President of the National Research Foundation of Korea (NRF). He studied industrial engineering at Seoul National University and received his master’s and doctorate degrees from the University of Michigan in 1984.Since joining the faculty of the Department of Industrial and Management Engineering in POSTECH (Pohang University of Science and Technology), Korea, in 1987, he served as dean of academic affairs and the department of Science and Technology. He is now an Emeritus Professor of POSTECH. He also served as the President of Korean Institute of Industrial Engineers (2007-2008) as well as in other management positions of various organizations before being appointed President of NRF in 2014.