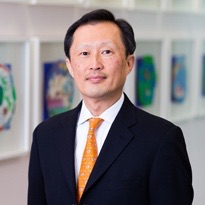 Youngsuk ‘YS’ Chi is an international businessman and a leader in the media and technology industry, and currently serves Elsevier and RELX Group in several different capacities. In his primary role as Director of Corporate Affairs and Asia Strategy for RELX Group, he is responsible for government affairs, corporate communications, and corporate responsibility for Elsevier’s parent company. As non-executive Chairman of Elsevier, he works directly with governments, Elsevier customers and in industry associations worldwide. Chi also recently completed 4 years of service as the President of the International Publishers Association, a global organization that represents the interests of more than 50 publishing industry association members from countries around the world, and will serve as Past President for the next two years.

Chi has served on numerous charitable, educational and industry boards, including Princeton University, the Korean American Community Foundation and McCarter Theatre. He is also a member of the Executive Committee of the boards of the Association of American Publishers and the International Association of Scientific, Technical & Medical Publishers.