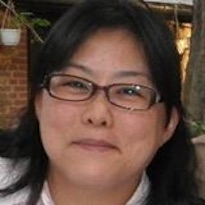 Reiko Motohashi is a professor of Agriculture at Shizuoka University, Japan.
She previously worked as a senior scientist in the Plant Mutation Exploration Team of the Plant Functional Genomics Research Group at the Genomic Sciences Center RIKEN from 2001-2004, after being a researcher in the RIKEN Plant Molecular Biology Laboratory from 1997-2001. She obtained a Ph.D in Agriculture from the Graduate School of Agricultural and Life Sciences at the University of Tokyo, in 1997, majoring in plant molecular biology and molecular genetics. She is also a member of The Japan Inter-Society Liaison Association Committee for Promoting Equal Participation of Men and Women in Science and Engineering (EPMEWSE).

16 years have passed since the Japanese government enacted the Basic Act for a Gender-Equal Society – legislation meant to pave the way for various improvements in gender equality at the national level. While progress is being made – survey results indicate anything but the robust change originally anticipated. In recent years various institutions have conducted research on gender equality in the workplace, however very few focus on the scientific research and engineering professions. In order to better understand the status quo of gender equality in research and engineering fields, The 3rd Large-Scale Survey of Actual Conditions of Gender Equality in Scientific and Technological Professions was conducted by The Japan Inter-Society Liaison Association Committee for Promoting Equal Participation of Men and Women in Science and Engineering (EPMEWSE) with results released in November 2012. This survey included nearly 80 questions and had over 16,000 respondents.