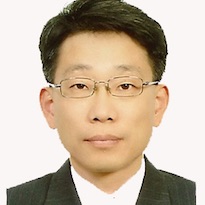 Dr Hyun-Min Park has served as Vice President of the Korea Research Institute of Standards and Science (KRISS)
since 2014, following his work as Principal Researcher of the Center for Nano-characterization in the same institute. He received his Ph.D from the Department of Inorganic Materials Engineering at Seoul National University (SNU) in 1994. After that he carried out post-doctorate research at the Institut fuer Kristallographie in RWTH University, Aachen, Germany.

Recently, gender related toxic response to chemicals and nanomaterials is of special interest in the field of toxicology. Since more women are involved in the current workforce, reproductive toxicity to chemicals and newly emerging nanomaterials are of great concern in the workplace. We have reviewed some reproductive toxicity incidences caused by chemical exposure from the perspective of gender difference. We are further presenting our current findings of gender difference in nanomaterial toxicity studied in animal systems. Exposure to silver nanoparticles by inhalation or oral administration showed interesting gender dependent tissue distribution and clearance of silver nanoparticles, and toxicity profiles. Similar observation was noted in case of gold nanoparticle exposure. Therefore, gender related toxic response should be considered in the safety assessment of chemicals and nanomaterials to protect female workers from occupational and environmental hazards.