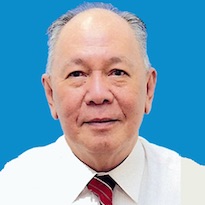 Academician Dato’ Ir (Dr) Lee Yee Cheong is the Malaysian Chairman, Governing Council, International Science Technology and Innovation Centre for South-South Cooperation under the auspices of UNESCO (ISTIC), Kuala Lumpur. He is also a Member of the National Science and Research Council of Malaysia; Pro-Chancellor of the Infrastructure University of Kuala Lumpur, Chairman of the Global Council InterAcademy Partnership (IAP) Science Education Program and former Chairman of Governing Board of the Institute of Energy Policy and Research (IEPRe) at the University Tenaga Malaysia (UNITEN), as well as Adjunct Professor of UNITEN. Furthermore, he is Advisor to MIGHT International; a Member of Global Science Innovation Advisory Council (GSIAC); and Vice Chairman of the UN Sustainable Development Solution Network (SDSN) Malaysia.

He served with the National Electricity Board from 1961-1979. He was CEO of Tenaga Ewbank Preece and later KTA Tenaga 1980-2002. He became a Partner of Ewbank Preece Consulting Group, UK; He was a Board Director of UMW Holdings Berhad 2000-2008; a Commissioner of the Energy Commission of Malaysia 2005-2009; and a Council Member of Badan Warisan Malaysia (Heritage Organisation Malaysia), 2005-2009.

He is founding Secretary General and Senior Fellow of the Academy of Sciences Malaysia; the founder President of the ASEAN Academy of Engineering and Technology; Foreign Fellow of the Australian Academy of Technological Sciences and Engineering; and a Corresponding Member of the Pan-American Academy of Engineering. He served as a founding Board member of the InterAcademy Council (IAC) of the world’s scientific academies 2001-2004. He served as Advisor to the Minister of Science, Technology and Innovation Malaysia 2006-2007.

He was awarded the UN Office for South-South Cooperation 2014 Triangular Visionary Leadership Award; the Jiang YoungSil Grand International Science and Culture Prize, Korea; the Malaysian State Awards of DPMP and KMN and the Honorary Officer in the Order of Australia (AO).