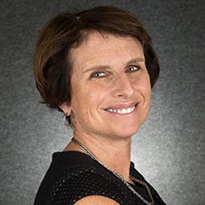 Lorraine Hariton joined the Academy in March 2014 as Senior Vice President, Global Partnerships. In this role, Ms. Hariton is responsible for bringing new corporate and government supporters to the Academy’s Global STEM Alliance. Ms. Hariton joined the Academy after completing her term as Special Representative for Commercial and Business Affairs at the U.S. Department of State in February 2014. She was appointed by Secretary Clinton in September 2009. In this position, Ms. Hariton was responsible for State Department outreach to the business community, commercial advocacy, and global entrepreneurship efforts. She worked with U.S. embassies around the world and was instrumental in establishing entrepreneurship as a foreign policy tool. She also led initiatives in women’s leadership including spearheading the APEC Women and the Economy Summit in 2011.

Prior to this role, Ms. Hariton spent 25 years in various senior level positions, including CEO of two start-ups in Silicon Valley—Beatnik and Apptera. She spent 15 years at IBM serving in a number of leadership positions in sales and marketing. She also served as Executive Vice President of Sales, Marketing, and Business Development at NCD and Director of Strategy at Verifone. Ms. Hariton is on the board of directors of Wave Systems (Wavx) and the board of the Wikieducation Foundation. She served on the board of IODA, an online music distribution company and as Chairman of the Board of Beatnik. Additionally, Ms. Hariton is Chairman Emeritus of the Forum for Women Entrepreneurs and Executives and has served as Treasurer of the State of California Board of Accountancy, the National Advisory Board of the Stanford Clayman Institute for Gender Research, and the Entrepreneurs Foundation. Ms. Hariton has an MBA from Harvard Business School and a BS in Mathematical Sciences from Stanford University. She currently resides in New York.

At the New York Academy of Sciences, we work with the brightest and best STEM professionals, who are focused on solving some of the world’s most pressing issues. However, we know that the STEM workforce is not nearly as diverse as it could, and should, be; diversity of perspective, background, and talent is an important component of innovation. In the US, minority groups represent only 10% of STEM jobs and around the world, women represent less than 30% of science researchers. Creating a strong and diverse STEM ecosystem depends on providing our future innovators with support and resources, as well as better aligning their skills with workforce needs. At the Academy, we work with governments and industry partners around the world to foster novel education initiatives that connect scientists with each other and with students looking to advance their pursuit of STEM. The Global STEM Alliance, an initiative of the New York Academy of Sciences, is an international collaboration of governments, corporations, educational institutions, and nongovernmental organizations, working together to assure the next generation of STEM innovators. Our 1000 Girls, 1000 Futures program of the GSA engages young women interested in STEM through mentoring and skills development.