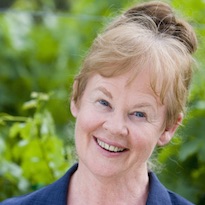 Jenny Graves is an molecular and evolutionary geneticist who works on Australian animals, including kangaroos and platypus, devils (Tasmanian) and dragons (lizards). She uses their distant relationship to humans to discover how genes, chromosomes and regulatory systems evolved, and how they work in all animals including humans. She uses this unique perspective to explore the origin, function and fate of human sex genes and chromosomes, (in)famously predicting that the Y chromosome will disappear. Jenny worked at La Trobe University in Melbourne for many years, then headed a department of Comparative Genomics at the Australian National University in Canberra, where she also directed the ARC Centre of Excellence in Kangaroo Genomics, before returning to La Trobe as Distinguished Professor.

She led genome sequencing initiatives for marsupials and the platypus. She has produced three books and more than 400 research articles. Jenny has received many honours and awards, including the Michael White Award for Genetics and the Academy’s Macfarlane Burnet medal and an Order of Australia. She is a 2006 L’Oreal-UNESCO Laureate for Women in Science in Asia and the Pacific. Jenny is a Fellow of the Australian Academy of Science, and served on the Executive for 8 years, first as Foreign Secretary, then as Education Secretary with responsibility for the Academy's ambitious science education projects. She was a foundation Board member of the Association of Academies and Societies of Science in Asia, and serves on AASSA’s Special Committee for Women in Science and Engineering.

The Australian Academy of Science has recently established the Science in Australian Gender Equity (SAGE) Forum, to examine strategies that could address gender imbalance in the science sector. The Forum is composed of key research stakeholders, including University leaders and directors of research institutions, representatives of funding bodies and professional science and education sectors. This very high profile committee is led by academicians, and is strongly supported by Australia’s Chief Scientist. The brief of this group is “to lead an effort to affect cultural change within the research community to better enable scientists, regardless of their gender, to thrive in our research community, and in that way, to help maintain the talent and highest standards for science in Australia.” Its plan of action is to monitor and assess gender diversity in Australian scientific research organizations, to create and revise a code of Best Practice, to guide the Academy and Forum stakeholders on how to best implement this code, and to motivate and scrutinize research organizations to adhere to best practice. One year on, the Forum has succeeded in involving most universities and research institutions in defining best practice and charting the means to achieve it in research institutions across the nation.