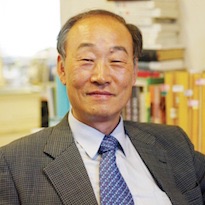 Dr Park graduated from Seoul National University, Korea, in 1968 with a Bachelor of Science in Chemical Engineering. In 1970 he went to the USA to study Operations Research for his Master of Science Degree, and Statistics for his Ph.D. degree at North Carolina State University (NCSU). After graduating from NCSU in 1975, he went to Mississippi State University to teach statistics in the Business School as an assistant professor, and then returned to his country, Korea, in 1977. Since 1977 he has served as an associate professor and then as a professor in statistics at Seoul National University (SNU). He has retired from SNU in 2010, and now he is an Emeritus Professor of SNU in statistics.

He has been actively involved in the promotion and enhancement of Design of Experiments (DOE) and Statistical Quality Control (SQC) in Korea since 1977. He has published more than 50 books on statistics and quality management including four books in English. He was the president of the Korean Society for Quality Management as well as the president of the Korean Statistical Society. In 2000, he received the prestigious &lsquo;Red Stripes Order of Service Merit&rsquo; medal from the President of the Korean Government for his contribution to quality management in Korea. He also served as Dean of College of Natural Sciences, SNU, during 2000-2002, and as the chairman of Faculty Council of SNU during 2005-2007. He is the only one academician of IAQ (International Academy for Quality) from Korea, and served as the director in the Directorate for Basic Research in Science and Engineering, National Research Foundation of Korea during 2010-2012. He is now the president of Korean Academy of Science and Technology, and a member of Presidential Advisory Council of Science and Technology in Korea.