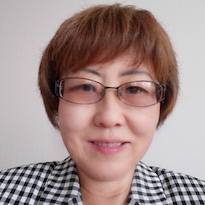 Gender Equality and Gender Investigations in Kazakhstan; Some Regional Features of Gender Approach to Researches in Medicine (download presentation here

In the ranking of gender equality of the World Economic Forum, Kazakhstan is the leader of the Central Asia region and occupies the 39th place among 147 counties of the world. The Government of Kazakhstan and President Nursultan Nazarbayev pay much attention to gender equality and stimulate the active participation of women in economy and public life. In the Government of Kazakhstan, three of the Ministers are women and 24% of Parliament’s members are women.

The State Strategy of Gender Equality has been developed in Kazakhstan since 2005. The Ministry of Science and Education has also introduced the Gender component in training program of school and institutes. Women prevail among scientists and teachers, but they seldom hold high positions of heads at the level of decision-making. In recent years our researchers performed several investigations devoted to gender issues mainly in sociology, psychology and the economy, but innovative gender research is extremely rare. It is therefore of interest to note the population-epidemiological study of Influence of Heredity, Environment and Mother’s Health on the Distribution and Clinical Course of Hereditary dermatoses in Southern Kazakhstan, which revealed some regional features of scientific publication with a significant gender component.