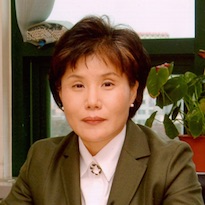 How far does the impact of one movement go? (download presentation here

In this talk we are going to think about the influence and impact of the program and center cultivating professional women and the way to increase it. I woud like to pick one city Ulsan in order to describe it. Ulsan is the first industrial city in Korea and it's GDP, which is almost two-times of other cities' GDP, is high among cities in Korea. However Ulsan is one of the city whose the ratio of women's part in economy is very low. Why? There are several reasons. One potential reason is that Ulsan has been male-oriented in many areas. In 2007 WISE center which seems strange to Ulsan was established. It ran several programs for women in universities as well as middle and high girl students. Specially lab touring program and visiting science class program are very influent both mentees who are middle and high school students and mentors who are graduate or undergraduate students, Its' influence moves like water waves and spreads from one point to other. We can see many changes in schools, universities, companies, and other societies. Even though there are still some problems to be solved and overcome. Now we are to think about next step, how to promote it.