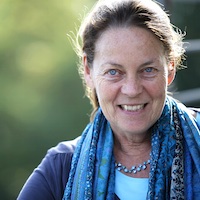 Ineke Klinge is currently visiting professor at the Institute of Gender in Medicine (GiM) at Charité, Berlin. She has a background in biomedical sciences and gender research. She chairs the Horizon 2020 Advisory Group on Gender at the European Commission. As associate professor of Gender Medicine at Maastricht University (1998-2014) her work focused on innovation of methodologies for biomedical and health research.

Since 2000 she has coordinated many EU projects of which the most recent one was the Gendered Innovations project together with Londa Schiebinger from Stanford University.This project developed methods of sex and gender analysis for basic and applied research and was presented in a special session in the European Parliament on July 9, 2013. Ineke Klinge is involved in a number of ongoing EU projects (EUGenMed, GenCad, GenderSTE) and participates in the advisory boards of the Institute for Gender and Health (Canada) and of the European Institute for Women’s’ Health (EIWH).