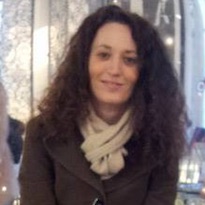 Results from the STAGES project – Structural Transformation to Achieve Gender Equality in Science, KEF 2: Dealing with gender differences in the early stages of scientific careers

Elena Del Giorgio is currently Research Fellow in the Centre GENDERS - Gender & Equality in Research and Science at the University of Milan where she is working as Core Team member of the FP7 European Project STAGES - Structural Transformation to Achieve Gender Equality in Science. She has also worked within the FP6 European Project QUING - Quality in Gender+Equality Policies at the Complutense University of Madrid. Elena obtained her Master of Research and PhD in Political and Social Sciences at the European University Institute with a thesis titled "What has happened to the women's movement?: Organisational Dynamics and Trajectories of Feminist Organisations in Milan and Berlin".