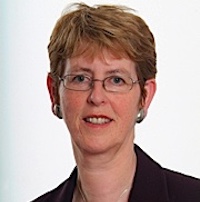 Professor of Sociology and Social Policy, Department of Sociology, University of Limerick, Ireland.

Prof O’Connor’s core teaching and research interest is gender. Her current research interest is in the gendering of management and higher education, and more broadly in the gendering of organizations, leadership, excellence and careers. It is reflected in her teaching interests in higher education; in gender theory; in the gendered aspects of the family; the state and masculinity. Initially Prof O’Connor was most interested in researching the worlds of love. So she focused on friendships; mother/daughter; sister/sister; marital pleasure. Some of these interests were reflected in her book on Friendships Between Women (published by Harvester/Wheatsheaf  and Guildford, and nominated by Choice as an outstanding academic book). Later, Prof O’Connor tried to understand  the impact of gender on children and young people, and this was reflected in Irish Children and Teenagers in a Changing World where she looked at the extent to which young people’s lives were ‘mapped’ by gender, despite the influences of globalization and individualization. Her interest in both the public and the private world was reflected in a study of women’s lives in the home and at work and that became Emerging Voices: Women in Contemporary Irish Society. She has become increasingly interested in the gendering of public power: in the state, in semi-state structures, in higher education and in the wider society. Her own experiences as Dean of the Faculty (2000-2010) have been part of this context. Her book on Management and Gender in Higher Education (2014 with MUP: distribution by Palgrave in the US) reflects some of these interests. Prof O'Connor has published roughly 100 peer reviewed publications in these and other areas (see under Publications).

In the area of higher education these include articles in Studies in Higher Education; Current Sociology; Gender and Education (Special Issue) Globalised Re/Gendering of the Academy and Leadership; Higher Education Research and Development (Special Issue on Leadership);  Educational Management, Administration and Diversity; European Journal of Higher Education; Journal of Higher Education Policy and Management; Equality, Diversity and Inclusion etc. Prof O’Connor is involved in an EU funded FP7 (2012-17) seven country cross-national research project on Female Empowerment in Science and Technology in Academia (FESTA) including Sweden, Italy, Germany, Bulgaria, Turkey, Denmark and Ireland.  Her previous cross national project was the Women in Higher Education Management Network (WHEM) study of senior management in Australia, New Zealand, Turkey, Sweden, South Africa, Portugal, Sweden the UK and Ireland. She has been an Evaluator for the European Science Foundation; for Nordic Spaces;  and for the Australian Science Foundation; and was Chair of the International Research Panel for the awarding of Linnaeus funding. She has been a visiting professor at the Institute of Education in London; at the University of Aveiro; at GEXcel Linkoping; at Deakin University and at the University of Melbourne  Prof O’Connor graduated with a B.Soc Sc (1st) and an M. Soc Sc. (1st) from UCD and a PhD from the University of London. She worked in the ESRI (Dublin); Bedford and Royal Holloway College (University of London); NISW (London) and Waterford Institute of Technology before coming to the University of Limerick. She was the first woman to be appointed at (full) Professorial level in the University of Limerick in 1997.