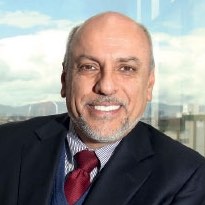 Enrique Cabrero Mendoza got his PhD in Management Sciences at L’École des Hautes Études Commerciales in France (2001), a Master in Pedagogical Improvement at the Centre d´Enseignement Supérieur des Affairs, and a MA in Public Administration at the Center for Economic Research and Teaching (CIDE), and a BA in Administration at the Autonomous University of San Luis Potosí, his native city. He is the author and editor of twenty books and over a hundred articles and book chapters on issues of decentralization, public policies, local governments, and policies in Mexico and various countries, the founder of the Public Management Journal, edited at CIDE, and of the Government and Local Management Award granted annually as well by CIDE since 2000. He has received several awards and distinctions, such as being named Knight in the Order of the Academic Palms, distinction of the National Education Ministry of France; he is member of the Mexican Academy of Sciences, member of the Directive Board of the Woodrow Wilson Center, among others, and has been consultant to various international institutions such as the Organization of Economic Cooperation and Development, World Bank, and the United Nations Development Program.