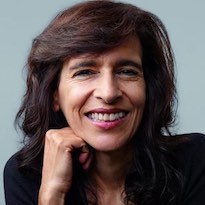 Prof Marcia C. Barbosa is the director of the Instituto de Física of the Universidade Federal do Rio Grande do Sul, Brazil. She is member of the Brazilian Academy of Science, of  the American Physical Society Council and of the Brazilian Physical Society Council. She was the vice-president of the International Union of Pure and Applied Physics where she also coordinated the Working Group on Women in Physics.  For her work on gender issues she was granted the Nicholson Medal from the American Physical Society and for her work on the physics of water she was awarded the Loreal-Unesco Prize on Women on Physical Sciences for Latin America.