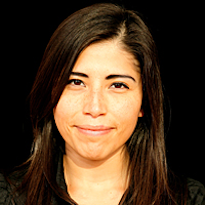 Lorena Rivera León is a research fellow at UNU-MERIT since 2011. She received her MA jointly from the Department of Economics, University of British Columbia, Canada and the Université Pierre-Mendès-France in Grenoble. Her research interests concern the study of the economics of science in middle-income-countries (MICs). She has worked with Professor Jacques Mairesse in the development of an econometric framework to understand the determinants of gender productivity gaps in MICs. In the past, she worked as a Research Assistant in the Department of Media and Communications, London School of Economics and Political Science; the United Nations Industrial Development Organisation in Vienna; and the European Commission (Information Society and Media Directorate General). She has several years of experience working as a researcher and consultant in the field of research and innovation policy.

She completed assignments for international organisations including UNESCO and the OECD; and has been involved in European Union-funded projects such as the Innovation Union Scoreboardin the period 2011-2014. Between 2010 and 2014, Lorena was the country expert for Mexico in ERAWATCH International, the European Commission's information platform on research systems and policies.