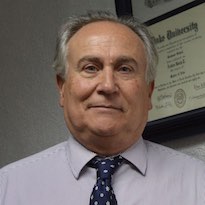 Since February 2013 Dr Borja is the Director of International Cooperation of the National Council of Science & Technology of Mexico (CONACYT).  Previously, he was the Executive Director of the U.S.-Mexico Commission for Educational and Cultural Exchange, which administers the Fulbright Program in Mexico.   He developed his academic career at the Center for Research and Teaching in Economics (CIDE), where he was the Director of The Division of International Studies and the Academic and Administrative Dean and developed a program of international student mobility for CIDE.  He has been a visiting professor at the Center for U.S.-Mexico Studies University of California at San Diego, Duke University, the University of Montreal, The University of Alberta and the University of Linköping, Sweden.  He is a specialist in regional integration issues with a focus on North America.  His research and teaching areas include International comparative political economy and International Relations Theory.